A few weeks ago, I posted a capsule review of the PS2 game “Shadow Hearts” and mentioned that I had the sequel queued up for my next game. I’ve got a few hours into the sequel now and while it’s too soon for an actual review, I would like to make a few comments about it: 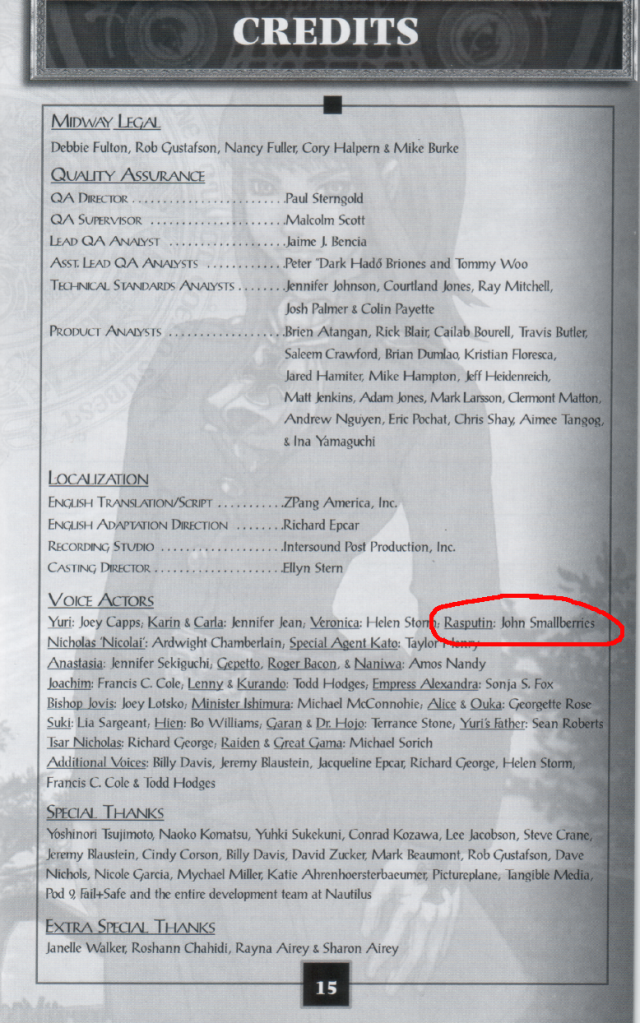 That’s right, this game features John Smallberries of Buckaroo Banzai fame as the voice of Rasputin!  Apparently he took time off from his job at Yoyodyne Industries to perform on this game.  Those of us who thought all the Red Lectroids had been defeated in the mid-1980s were clearly mistaken.  (The voice actor’s real name was Bob Papenbrook.)

Voting is still open for the July scene of the month! Will July be the month that a book other than Dragon Stones wins the competition? To find out, stay tuned!