It’s probably not a surprise to anyone that I watch the Netflix dystopian anthology series Black Mirror regularly, although not frequently, because, seriously, who can stand to binge that much plausible dystopia*? Not me, man. Not me. *shudder*

Anyway, recently I was watching one of the more acclaimed episodes of Black Mirror, “Nosedive”, which is about a woman named Lacie, played by Bryce Dallas Howard (yes, Richie Cunningham’s daughter), who is obsessed with improving her social media ranking. Because, you know, if you don’t have a good enough ranking, you might not be able to get into the apartment complex you want. Or into an exclusive restaurant. Or into the office building where you work. Or … well, you get the idea. 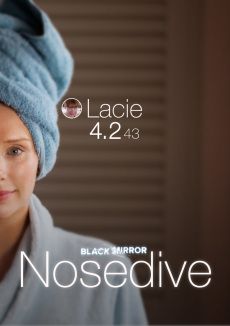 END_OF_DOCUMENT_TOKEN_TO_BE_REPLACED

As it’s been a while since I dipped into my trove of rejection letters, this week I turned to random.org, asked them for a letter, and got an “E”. So I reached into the folder and pulled out this nice one, from Pulp Eternity, which is either from the end of 1998 or the beginning of 1999:

END_OF_DOCUMENT_TOKEN_TO_BE_REPLACED 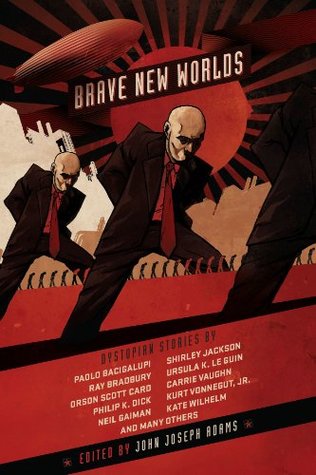 END_OF_DOCUMENT_TOKEN_TO_BE_REPLACED

This week I’m reading volumes 1-3 of The Great Iron War, by Dean F. Wilson, a science fantasy steampunk series in which Earth (or someplace like it) is invaded by outsiders, called “demons” (even though I’m pretty sure that’s not what they are) who come in search of iron. Hence the name of the war.

END_OF_DOCUMENT_TOKEN_TO_BE_REPLACED

This week I’m (still) reading MaddAddam, the final installment in Margaret Atwood’s dystopian/post-apocalyptic series that began with Oryx & Crake. Dystopian fiction and post-apocalyptic fiction are not the same thing, of course, but all three books in the MaddAddam trilogy qualify as both because their present-day scenes take place after the destruction of (most of) humanity, while their flashback scenes take place in the dystopian burbclaves that preceded the apocalypse. Hence you get to eat your dystopia and have it too. Or something like that.

END_OF_DOCUMENT_TOKEN_TO_BE_REPLACED

This week I’m reading MaddAddam, the third part of Margaret Atwood‘s post-dystopian/post-apocalyptic trilogy that began with Oryx & Crake and continued with The Year of the Flood — although because Oryx & Crake and The Year of the Flood ran more or less concurrently, perhaps “continued” isn’t quite the right word. Let’s say “was expanded” instead.

END_OF_DOCUMENT_TOKEN_TO_BE_REPLACED

The Invasion of the Tearling:  Well, I haven’t quit reading it yet!  Actually so far this book is a big improvement over the first one.  It helps that the Queen of the Tearling, Kelsea, is spending less time looking at herself in the mirror, moping over her appearance, and acting stupid (though she could hardly spend more time acting stupid because, really, she already achieved peak stupidity in the first book).  But what really helps are the extensive flashbacks to the (barely) pre-apocalypse life of one Lily Mayhew, who lives in a burbclave with her monstrous husband and accidentally becomes involved with a separatist movement.  Frankly, everything involving Lily is at least three times as interesting as anything involving Kelsea.  In fact, at this point I consider Kelsea’s parts of the story to be annoying interruptions of Lily’s parts of the story.

END_OF_DOCUMENT_TOKEN_TO_BE_REPLACED

So seeing as it’s been quite a while since I reached into my vast pile of rejection (and occasional acceptance) letters, and we haven’t had many amusing movie-related interactions* here lately, I thought it might be time to dredge up an ancient rejection letter.  Random.org said I should choose this one, from Science Fiction Age:

END_OF_DOCUMENT_TOKEN_TO_BE_REPLACED

This week I’m still working on Wool: Omnibus Edition by Hugh Howey, the dystopian SF novel from last week.  This is a big book and well worth the $3.99 Kindle price.  It still mostly takes place in that giant silo (“They mostly stay in the silo.  Mostly.”), and at this point my speculation last week that the title, which seemed to refer to the wool pads use to scrub sensors, might also refer to the old saw about “pulling the wool over one’s eyes” has been explicitly stated.  Five points for me!

END_OF_DOCUMENT_TOKEN_TO_BE_REPLACED

So having run out of free books, I have shelled out the princely sum of $3.99 for Wool: Omnibus Edition by Hugh Howey, a dystopian SF novel that, so far, takes place entirely in a giant underground silo in which the remnants of humanity eke out an existence, while outside, the earth is a lifeless world beneath a toxic atmospheric stew.  At the moment the title appears to refer to the wool pads used by convicts (or the occasional volunteer) who goes out into the poisonous world to scrub the sensors and cameras that allow those within the silo to look out at the wasteland they have left behind, but I’m thinking it also refers to the wool being pulled over everyone’s eyes, perhaps by the silo’s IT Department.  We shall see!