So late last month, my novel A Flock of Crows is Called a Murder (or, as we lazy folks refer to it, Crows) picked up a review over on Amazon.com. That makes two (count ’em!) Amazon reviews for this book since it was published in 2002. At this rate I’ll be hitting the magic number of, oh, say, 50 reviews, somewhere just shy of halfway through the millennium. Of course by then everyone will be reading their books under the sea on their waterproof devices, and Crows will be classified as science fiction because it takes place on dry land, but hey. Genres shift.

This one is a four-star review, so not quite as enthusiastic as the book’s other review, from 2002, by the descriptively named “Kitten with a Whip”. One interesting thing about Kitten with a Whip’s review is that she used the word “dammit” in the first sentence, which, at some point, Amazon apparently redacted to “darnit”. Because won’t someone think of the children?! 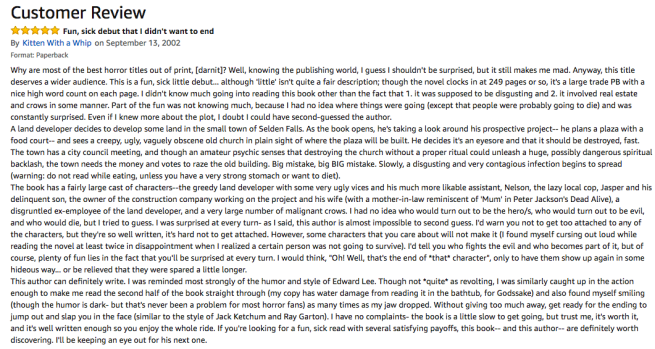 But back to the new review — I think I know exactly which characters the reviewer has in mind who disappeared from the story. But I’m not going to tell you who they are, because those would be: 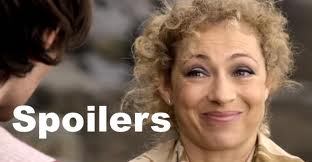 However I will cop to the fact that I do have, or at least used to have, a tendency to discard my characters once their service to the plot was complete. Just like Vinny Gambini and his witnesses.

In fact, my vampire book, Long Before Dawn (AKA “Vampire Busters“), originally ended without any information about what had happened to a couple of major characters who, although integral to the plot, were not present at the final showdown between the blood sacks and the blood suckers. This was pointed out to me by someone who read a draft, and I corrected it by having their fates discussed by the surviving vampire busters. (Spoiler alert: Not every character dies in Long Before Dawn. Just most of them.)

Anyway, tt this point I think I’ve learned that one needs to at least mention that Chuck Cunningham left town on a basketball scholarship and was killed in an unfortunate slam-dunk accident involving a shattering backboard. Or, you know, whatever. So that task is definitely taken care of at the end of the novel I’m editing now, Father’s Books. But of course, I can’t provide details, or River Song will come and shoot me. 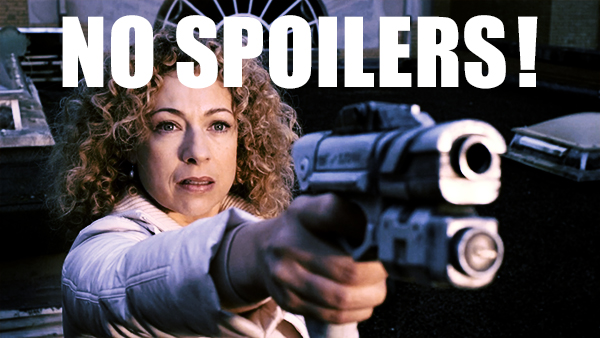 Yeah, you better believe she’s crazy enough to do it.