From the “I’m Chevy Chase And You’re Not” Department: 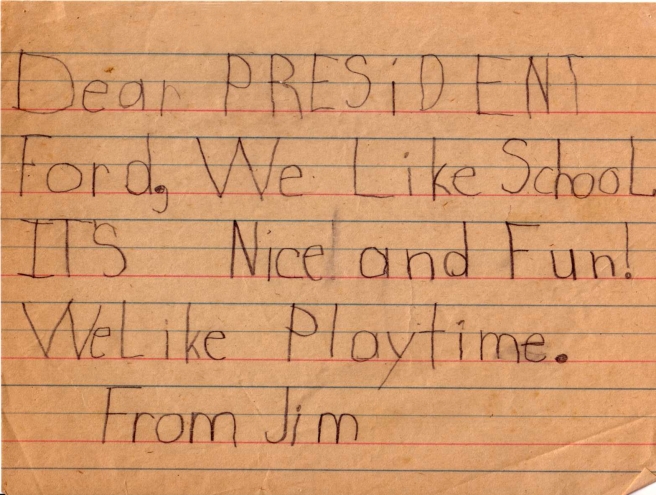 I was the only person named “Jim” who President Ford knew, of course. Now, you may think that the writing of that letter went something like this: 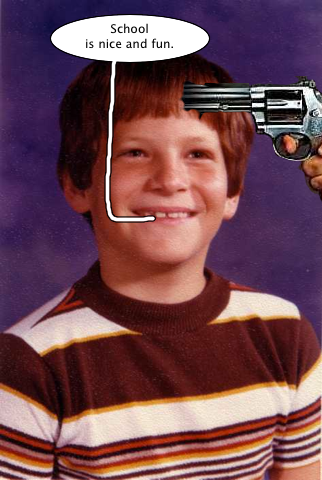 But in fact, apparently I once told my grandmother, “Confidentially, I like school, but don’t tell the other kids or they’ll think I’m queer.” (This was back when “queer” meant “odd”. Quaint, isn’t it?) So I was probably sincere; especially with the part about liking playtime.

Don’t forget to vote for the next scene of the month!

5 thoughts on “The Early Years: Jim Thinks The President Gives A Crap That He Likes School”