This week we have another one of those lovely impersonal rejection letters from a literary agency, in this case, L. Perkins Associates: 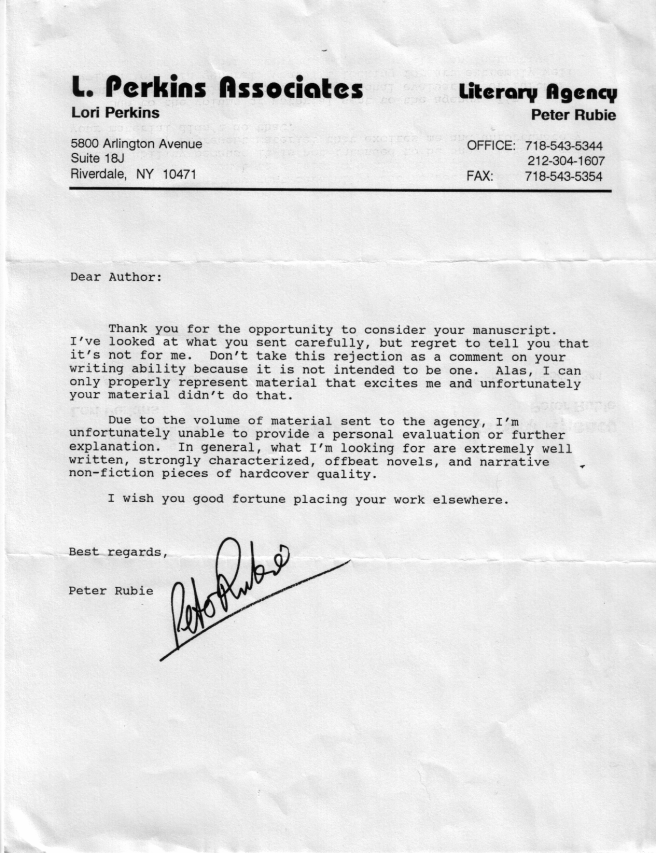 This one is so totally impersonal that I can’t even say anything clever about it.  Nor do I know what I submitted, or when.  In fact all I know for sure is that they didn’t take it.  In fact I probably shouldn’t even have posted this one, as I can’t really elaborate on it with any facts whatsoever; but my policy is that whatever letter I pull out of my accordion file of rejections (and a few acceptances) gets scanned and put online, so, there you have it.

Wow, that was dull.  Here, let me do a little dance to make up for wasting your time.  And a one and a two and a one two three …….