So this week I pulled something really juicy out of my pile of rejections. I may have mentioned before that a number of my books, including Night Watchman and Dragon Stones, started out as comic book series proposals. I was working with an editor at the now-defunct Eclipse Comics on developing several of these. Unfortunately I’m not a particularly good artist, so I was submitting them as scripts that would be illustrated by others. How did it all work out in the end? Well, let’s just say I’ve lived in the San Diego area for eight years now and have yet to attend a Comic-Con.

This is where our saga begins: 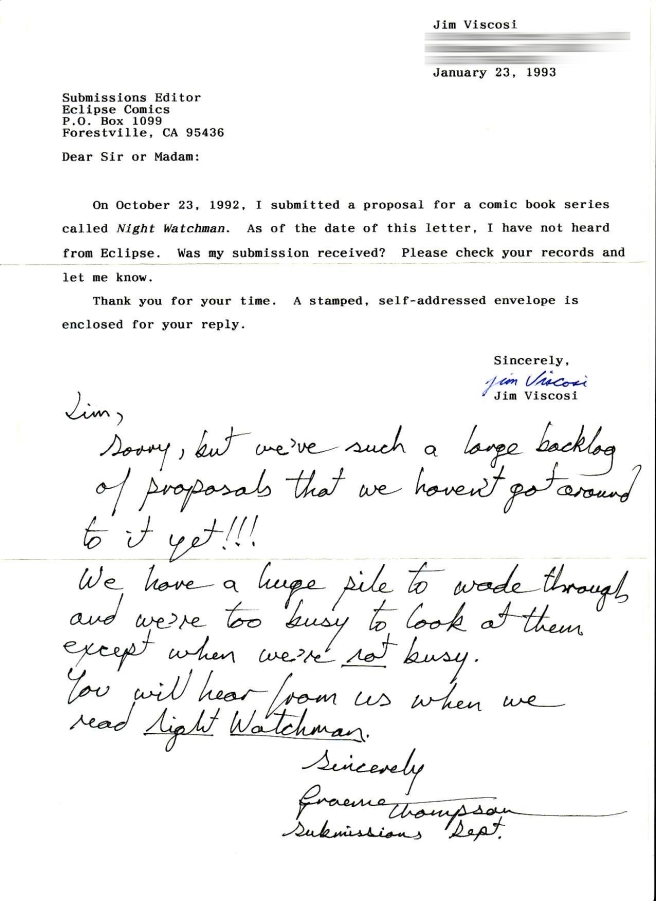 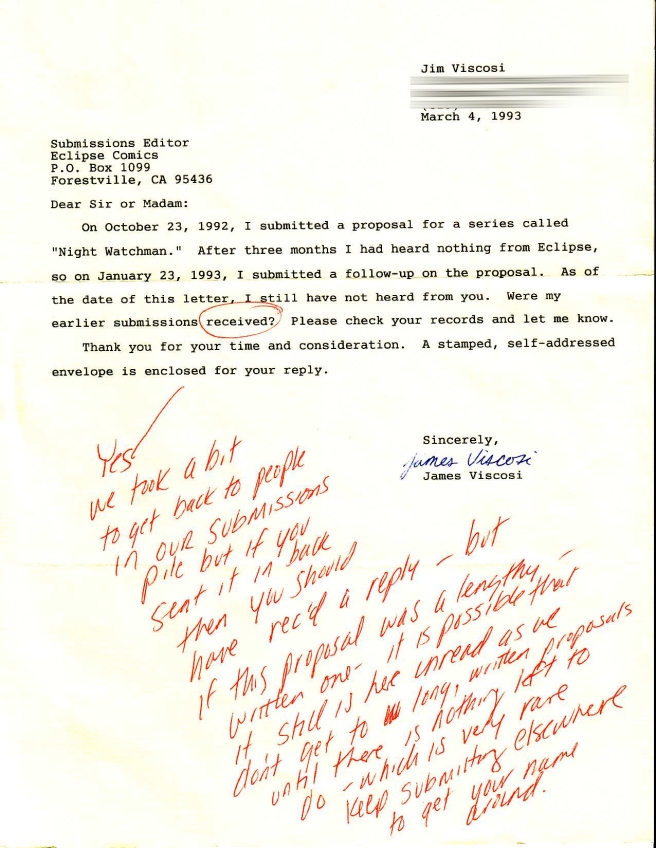 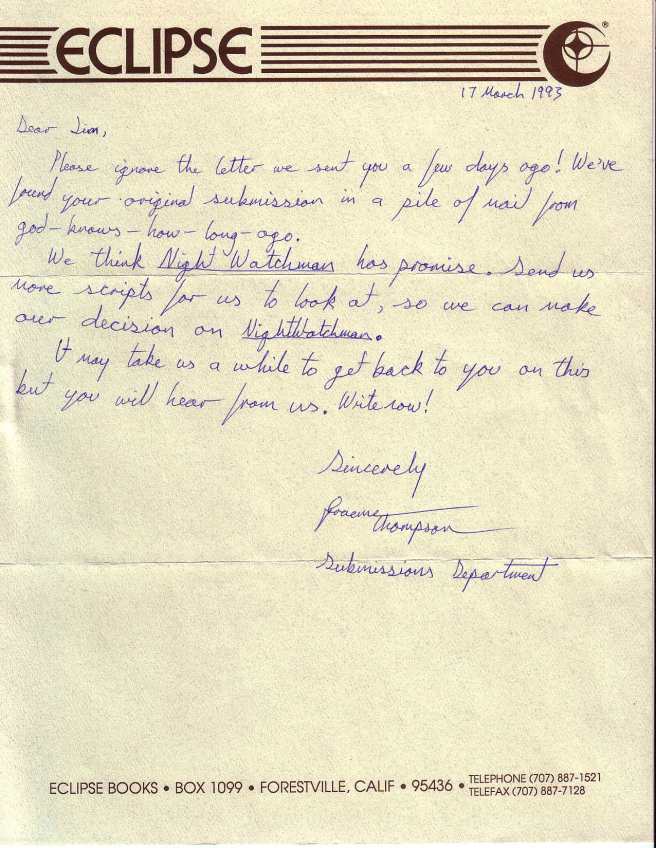 Needless to say, this made me a very happy aspiring comic book writer, and I sent some scripts out right away. You can see those next week, in The Eclipse Saga Part II. (They were originally here, but I decided it made this post too long.)

In the meantime, don’t forget to vote for the next scene of the month!

12 thoughts on “Random Rejection: The Eclipse Comics Saga Part I”